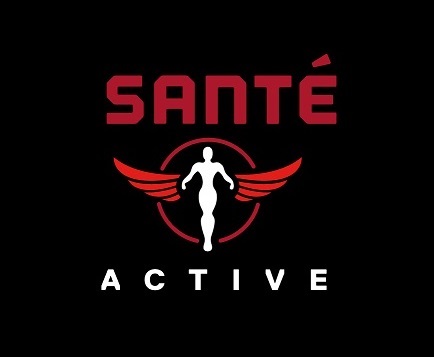 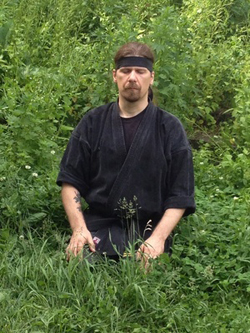 John is a martial arts and Qi-gong instructor, Shiatsu Therapist, and a Certified Fitness Instructor Specialist.  He began his martial studies in boxing at the age of 16, and later moved on to study Kempo,  Budo/Ninpo Taijutsu, and Goshin-jitsu.   In 2001 he earned his first degree black belt in Goshin-jitsu, and in 2002 his second degree black belt, at which time John began formally teaching on his own.  After spending 15 years competing in tournament circuits, John gave up competition to become more of a traditional martial artist.  John believes strongly that a good martial artist has expert knowledge of anatomy, and physiology.  This belief has been reflected in his studies over the years in college/university in anatomy/physiology/pathology, and in his studies in reflexology, shiatsu, and Eastern meridian/medical theory.

John graduated with honours from the Shiatsu Therapy program, at the Shiatsu School of Canada in 2013.  It is here that he learned what he calls, 'the missing pieces', to his martial studies, particularly in Eastern meridian and tsubo theory, Qi-gong, Eastern nutrition, and Eastern medical theory.  These missing pieces gave him a deeper understanding of the concepts of the Five Animals of Kempo/Kung-fu, and helped him to re-invent and expand the style of Goshin-jitsu by adding in Chinese components from Shaolin/Okinawan Kempo, Qi-gong, meridian theory, pressure/healing points, and Eastern medical theory.  Whereas this style used to be a mix of only Karate/Judo/Jiu-jitsu, John's version, which he calls 'Gogyo Goshin-jitsu', is a mix of Karate/Judo/Jiu-jitsu/Kempo/Qi-gong.

As mentioned, John is a Shiatsu Therapist, and operates a small home clinic, (Five Element Shiatsu), in the same location as Ryuuko Dojo.  He has also acquired his Fitness Instructor Specialist certification with Canfitpro, which has opened many doors for him in the fitness industry.  Besides teaching at his home dojo, John also teaches self-defense, qi-gong, cardio and strength building classes at several fitness locations in the GTA.  He is credited with the pioneering of two original fitness classes; 'Five Animal Fitness', (a cardio-based class using techniques from the Five Animals style), and 'Dynamic Strength', (a strength-building class using 'dynamic tension' exercises).

Qi gong is the skillful practice of gathering, circulating, and applying our life-force energy, called qi, (also known as chi, ki, prana, the force, etc.). Qi gong training involves all the physical senses, concentrating on breathing, listening/hearing, visualizing, and muscle relaxation. Massage and movement are also used in order to develop and control the body's intrinsic energy. Qi-gong has been practiced in China by many people for centuries as they believe that it promotes a healthy lifestyle and thus a long life.